I found myself dirty and disheveled with no memory of how I got here. The right knee of my jeans was torn, my knitted sweater was unraveling at the collar where it connected with the hood, and the first two buttons were missing showing the faded pink t-shirt with the teddy bear which was my favorite. My left sneaker was untied and my right earring was gone. They had been my grandmother’s so with a pang of loss I started searching the leaf strewn ground for them.

Where was I? I didn’t have my purse which led me to believe that I had been mugged but I didn’t have any memory of it. Was it amnesia? It couldn’t be – I knew who I was. My name is Amanda Grayson. I’m 23 years old and I live in Dayton, Ohio. Clearly, it was short-term memory loss. I must have hit my head at some point and that’s how come I couldn’t remember how I got here or where here was.

Autumn was in full swing I noticed, as I kicked some of the russet leaves that piled in tiny mounds throughout the grounds. The golden, amber and auburn crowns of the trees surrounded the clearing I was standing in. A gust of wind wound through the leaves churning them into miniature whirlwinds that then glided softly back to the ground in a slow motion effect. It was beautiful here, a combination of park and natural woods that lent a serene feeling to the place. I was entranced by the otherworldly energy that I sensed emanated from the woods.

Part of me didn’t want to leave, but I also urged to go home and recover from whatever had happened to me. I couldn’t be far from the city so I headed west finding a trail nestled between ancient trees that hinted at their age by the large trunks and roots that plunged into the ground. For the most part all I could hear was the wind whistling softly. It’s bone chilling cold seeping into me. Soon, I could see a gate in the distance and hurried my steps. The day was ending and I wanted to leave before dark.

The warning hoot of an owl startled me just as I neared the gate and I glanced up into the trees to see where it came from. A large barn owl glowered at me with its dark eyes and I felt the menace in his message. Fear sprang through me and I tried to open the gate which rattled as I shook it but wouldn’t unlatch. I sensed more than heard the owl take flight and I looked back. He was huge with unusually long legs and talons. I panicked and started running back towards the woods – the owl pursuing me relentlessly no matter how many turns I took. I tried heading back towards the gate but he cut me off; painfully nipping at my shoulders and arms while I ran shielding my head. It didn’t matter what I tried, he continued to usher me back into the woods. Terrified, I entered the clearing - the barn owl still chasing me hooting angrily; chastising me while I ran sobbing hysterically.

The leaves were piled higher here and I had begun to shuffle to get through them causing them to bundle around my ankles until I fell. I had tripped over something underneath and I lay on the ground cowering and covering my face weeping uncontrollably. Then I noticed that it had gotten very quiet. I didn’t hear the owl any more, nor the wind – I heard nothing. I turned to my side to get up and my hand brushed against the hard object that had tripped me. Breathing deeply to calm myself I began to brush the leaves out of the way.

It didn’t take long to uncover the rectangular pink marble plaque with an elaborate scrollwork design. I was captivated by its beauty and knelt before it to read the inscription. The truth struck me as I read the name that was embossed in gold lettering – Amanda Grayson 1988 - 2011. I looked at my surroundings once more as the wind began to pick up again. The soft whistle of the wind flowed through me beckoning me to follow. And as the moon rose, I let go of this world vanishing into the wind. 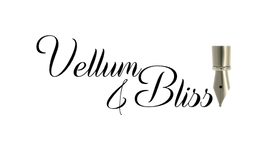